Rolling out the Wicked Bats 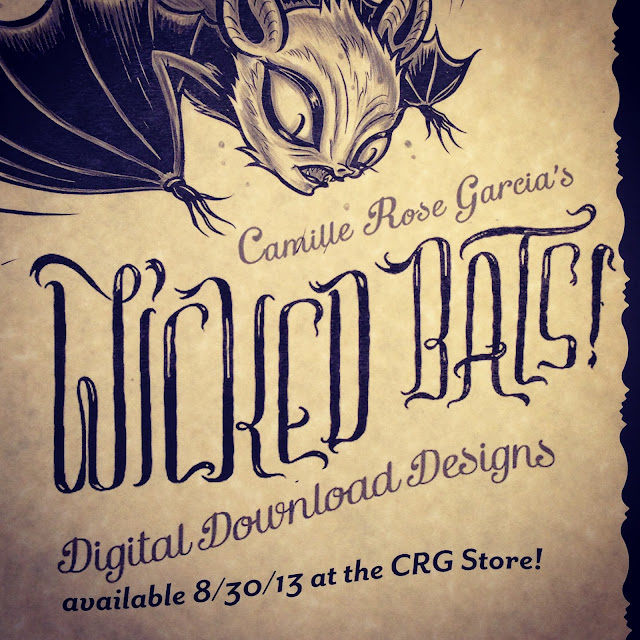 The bats are all a flutter this fall at CRG studios! Why? well starting on August 30th, and continuing through the fall, I will be launching all kinds of bat-themed items in the store. First, because I have a mad love of bats, and second, CRG studios will be raising money for bat preservation & conservation. This Fall the CRG store will be donating 10% of all bat-themed purchases to batworld.org from August 30th through October 31st, 2013.

My first bat launch is August 30th at 12 noon (pst) Downloadable tattoo flash of Wicked Bats will go on sale in the CRG store!! come take a look... 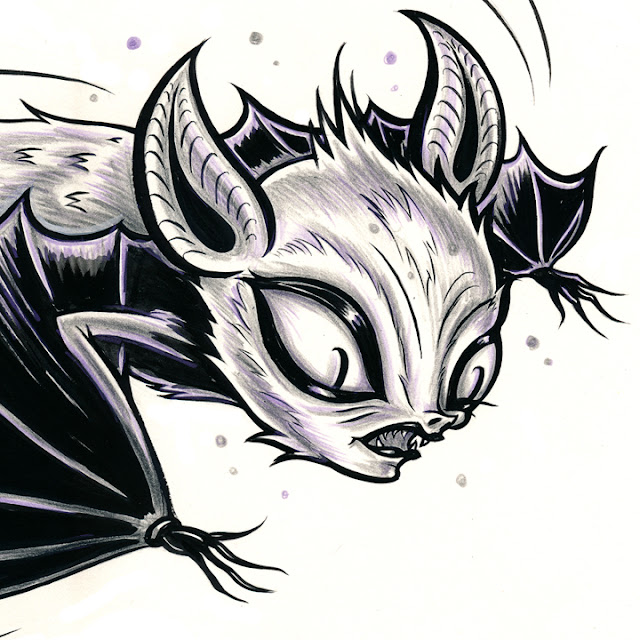 Well hello there, Austin,Texas! why don’t you help me raise some money for your remarkable urban bats! For those of you who don’t know, Austin is home to the largest urban bat population in North America. From March through April, thousands of mostly female, pregnant Mexican free-tailed bats migrate North to give birth. And they stay through the spring, summer, and early fall, right there in Austin Texas! over 1 million bats live there, and they emerge every night at dusk from under a big ol’ bridge.

Well guess what, I’ll be in Austin this fall to witness the remarkable twilight display! I’ll also be there to see some great music as well at the Austin City Limits Music Festival. So i thought, while i’m there...

From October 3rd-6th, 2013, during the Austin City Limits Music Festival, I’ll be hiding original bat drawings around Austin for you to find. You heard right. The finding is free, but I ask, if you are a finder, to make a donation of whatever size you can manage to batworld.org on my behalf.

Join my instagram: @crgstudios and receive clues as to the whereabouts of the hidden bats. Happy hunting everyone!!
Posted by camille rose garcia at 12:17 PM 4 comments: 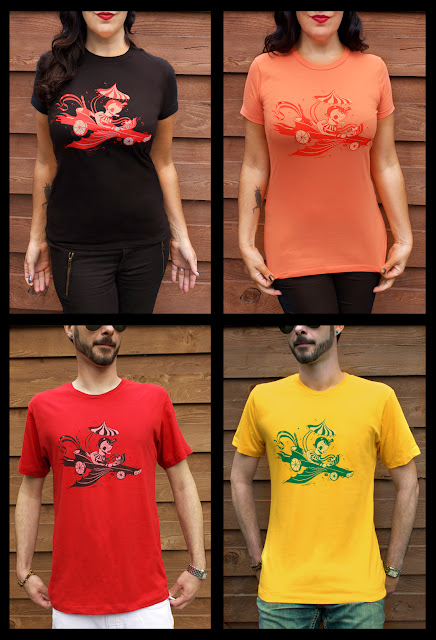 Perhaps you have been pining for something chitty-chitty-bang-bang-ish to wear this spring for your great aunt Germaine’s taffy pull, but you just can’t seem to find exactly the right thing anywhere. No need to fall into fashion funk! I have something, oh, something rather different, a bit sweet, and guaranteed to invite all sorts of weird questions from friends and family alike.

Launching this Friday, I am over the peppermint moon to announce the first T-shirt in a series of “wearables” I am doing this year. This one bears the handsome image of The Peppermint Man himself toodling along in his flying car. Where is he going you ask? Well, he could be on his way to the farmer’s market to refresh his supply of wormwood, or perhaps he needs more pink syrup for his purple pancakes. Either way, I want to take him to the fair for some cotton candy. Anyone game?

He comes in four delicious flavors: black Licorice, Apricot Pie, Cherry Valance, and Colonel Mustard. Lady shapes and man shapes, cause they’re different. I don’t think I have to explain why.

I'm in San Francisco this week for my show at the Walt Disney Family Museum. It's an amazing place. I took some time to view the permanent exhibit, which includes early annimation drawings, a multiplane annimation camera, and a miniature replica of Disneyland! Come by this Saturday, May 11th, I'll be doing a talk at 2 pm and signing at 4pm. The museum is open until 6. See you there! 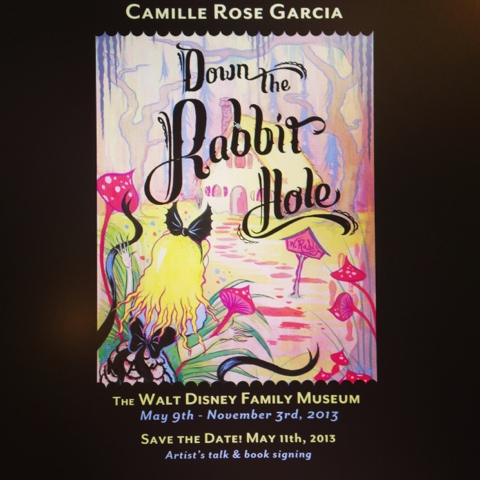 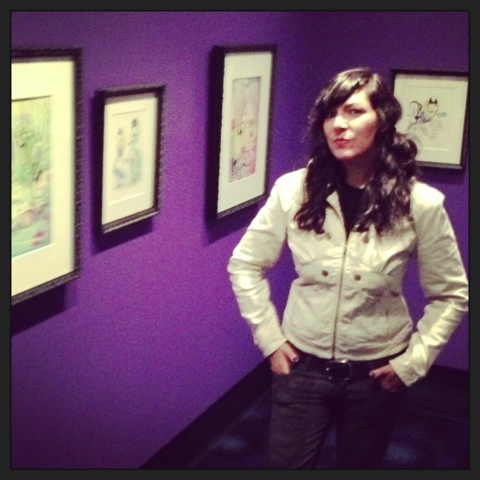 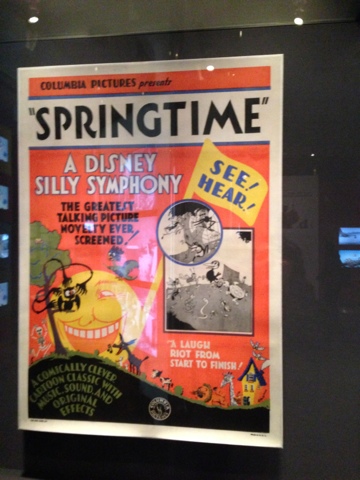 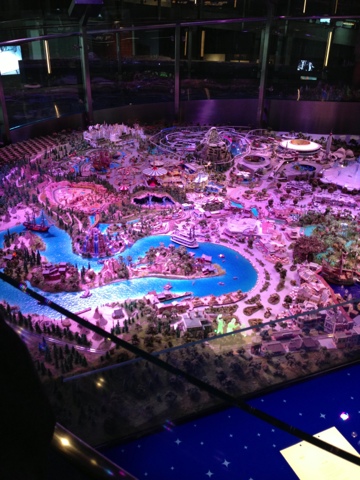 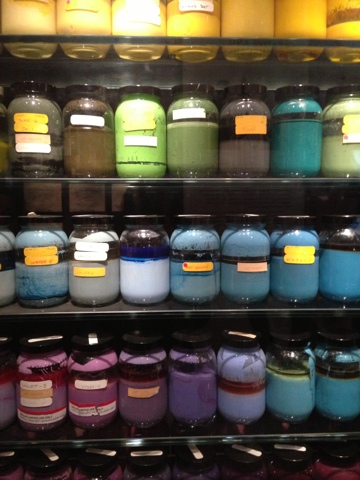 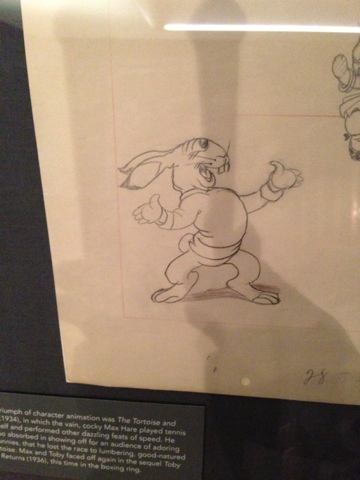 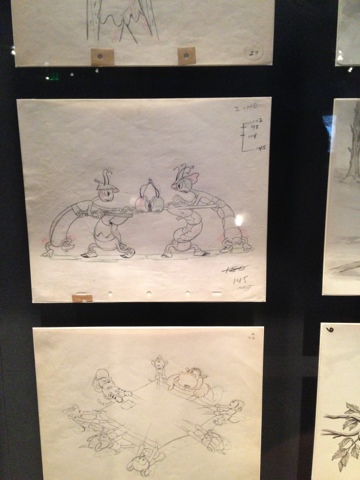 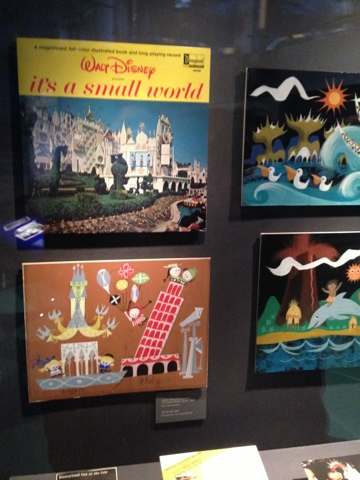 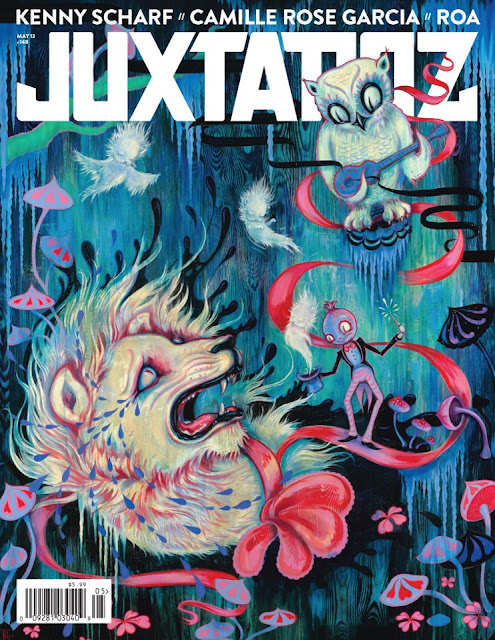 Just wanted to share this with you, I am very honored to be on the cover of Juxtapoz for the May edition! It's a special edition cover, which means it's not available everywhere, (I think it's west coast only). There is a big feature article inside as well. Get your hands on one soon!! 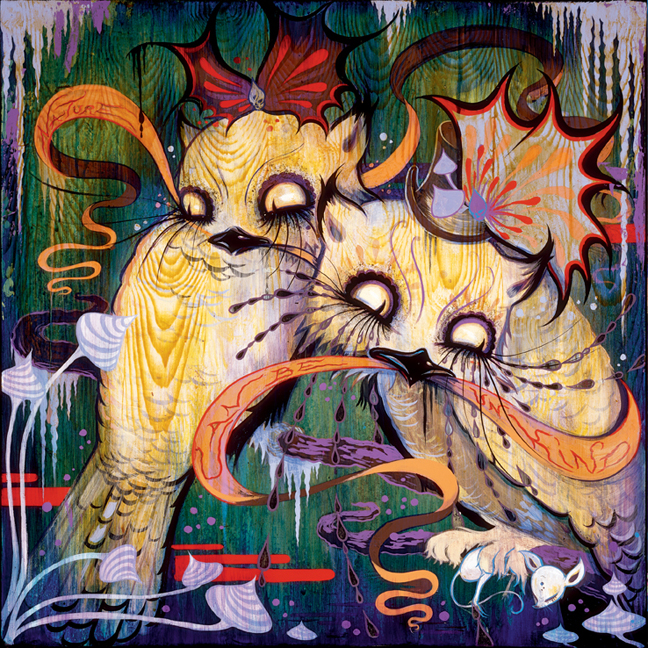 What’s that flapping in that tree? Is it the rustling of a hungry pair of owls you hear? Don’t you just want to bring them inside and stare at them for awhile? Oh, but an owl is such a difficult thing to catch.

Don’t fret, my feather fond friends, I have just the thing for your aviary parlor, bird-hobbyist attic, or maybe you want to add to your granny’s owl collection.

Yes, Friday, April 19th,  at 12 noon PST, “Nature Can Be Unkind” flaps into the CRG Store!  #3 in my series of mini-prints, 10" x 10" signed and numbered limited edition of 50. Hand deckled edge and hand-applied glitter applique. Come take a look over at the CRG Store! 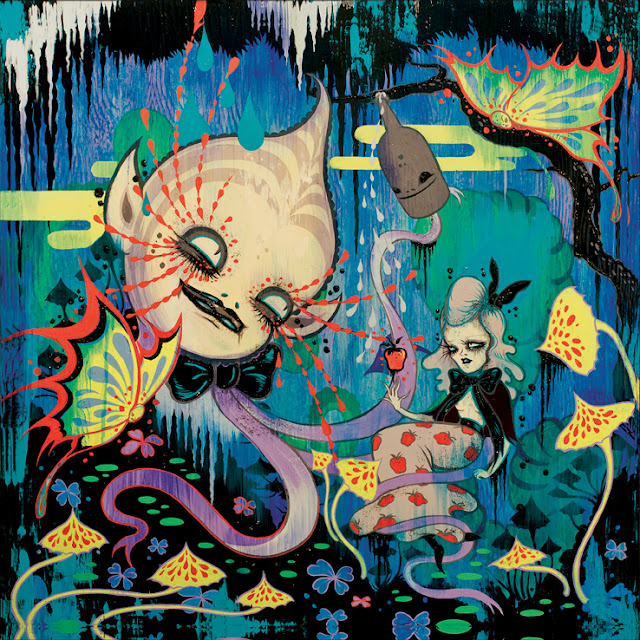 Well it’s Spring again and the centipedes are in full bloom, restless to decorate their underground lairs. Gone are the spare black portraits of old man Winter, but something bold and colorful is needed to welcome in the joyous respite from gloom. And what to put in Winter’s place, you may ask? Well I have just the thing my restless magpies.

Yes, the “Sneewittchen” arrives in full bloom tomorrow at the CRG store! It is #2 in my series of mini-prints for those of modest house or budget. This color-drenched giclee´ print is 10” square with deckled edges, hand-applied glitter applique, signed and numbered and limited to 50. It ships flat with a certificate of authenticity from CRG studios. Centipedes not included. Oh and they are $100!

PS. Much more stuff to come to the store in the next few weeks, check back and visit, will you?
Posted by camille rose garcia at 10:43 AM No comments: 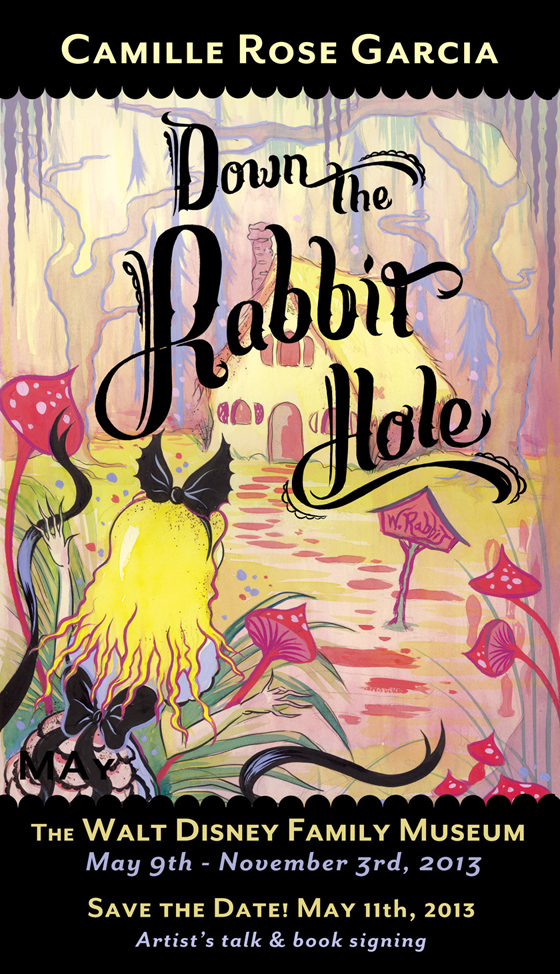 If you are in the San Francisco area on May 11th, 2013, I will be doing an artist' talk and book signing in conjunction with my show, "Down The Rabbit Hole" at the Walt Disney Family Museum!

All original artwork from my "Alice's Adventures in Wonderland" book will be on display, as well as some amazing Alice in Wonderland art by the artist Mary Blair.

The show will be up through November 3rd, but if you want to come to the talk, the space is limited so be sure and buy tickets for the event.

It's a wonderful and fascinating museum, if you haven't been there yet, I highly recommend it. Probably one of the only places you can see a miniature replica of Disneyland!!

Hope to see you there!

Posted by camille rose garcia at 10:40 AM No comments: 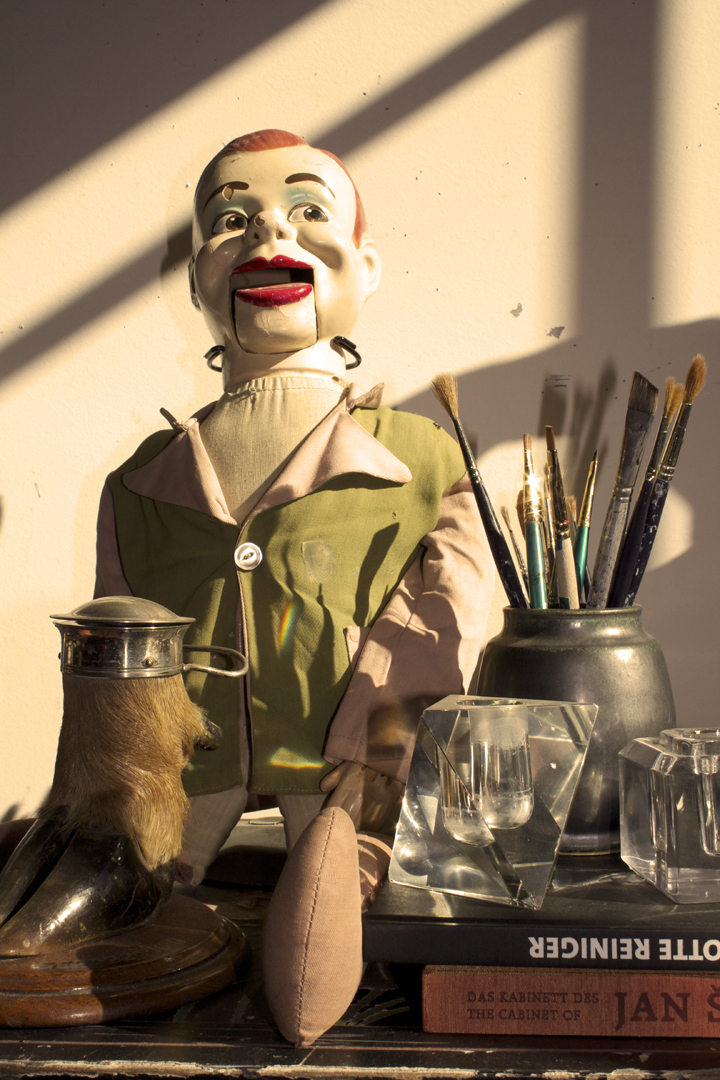 Well folks it’s been an eventful January with the great remodeling of CRG Studios! Every piece of furniture has been unmoored and rearranged, spiders and centipedes evicted, and flat files given a delightfully thorough spring cleaning in winter.

This means I have unburied some gems from the archives, and this Friday, February 1st at 12 noon (pacific time) I will be releasing a few select prints from the vaults. in the CRG Store I will have a few available of:

“Who’s Afraid of the Peppermint Man?” 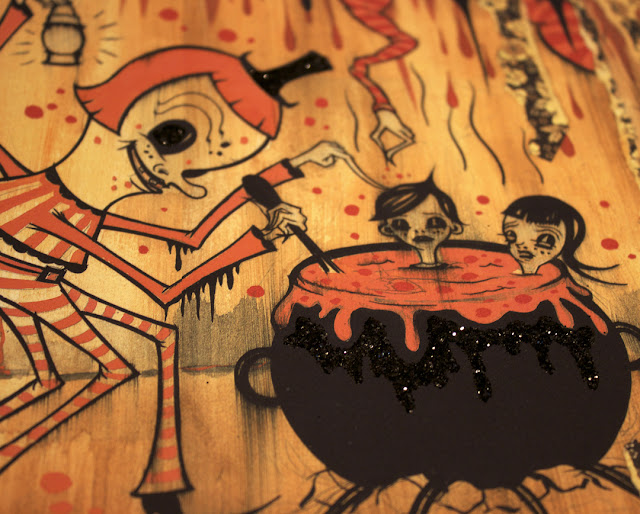 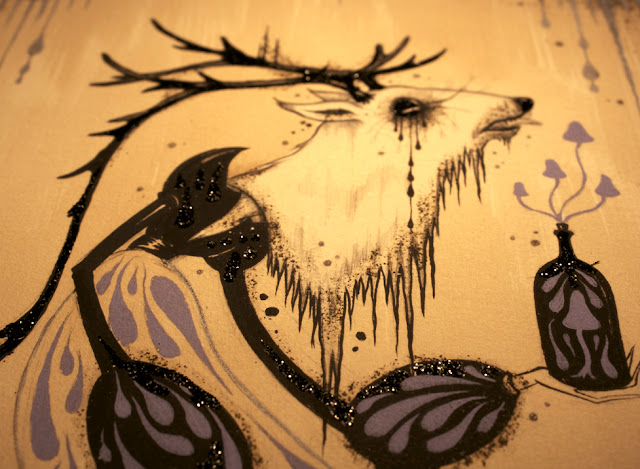 and “The Suffocating Corset” 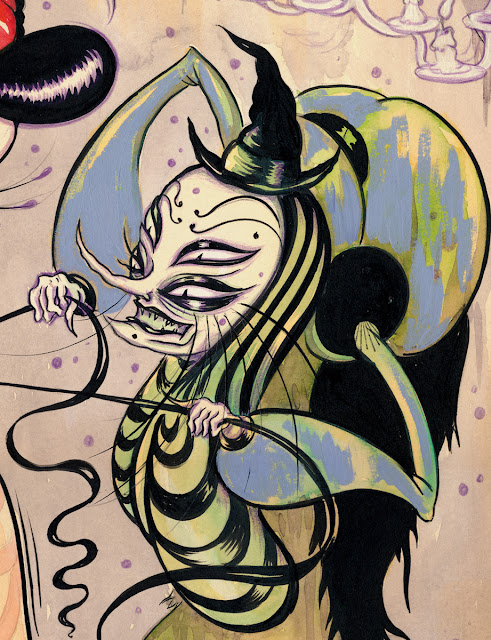 Come early, to the CRG Store,  as I only have a few of each one!!

I am currently  working on a delicious illustrated cover for some my pals over at McSweeneys Publishing. Here are some sneak peeks of my process.

For this project I'm using watercolors on handmade watercolor paper. I have a few different watercolor sets, The bottom one is Japanese and the top one is German made.  I've had the lil' one on top since high school! I can't bear to part with it, plus the quality is unparralelled. Vintage rules. 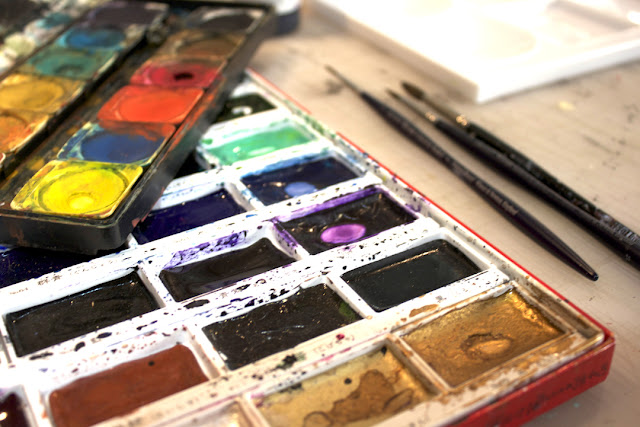 Dr. Ph Martin's inks can be very intense, so I water them down a bit. Yes, I love Philippes. I'm very sad this mustard jar is empty. 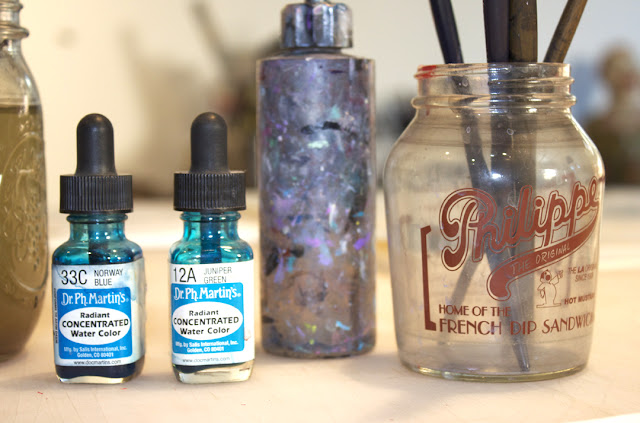 I do some rough sketches first on vellum paper, then finalize and transfer my sketch to the watercolor paper. I think this guy looks pretty good, real rubbery. 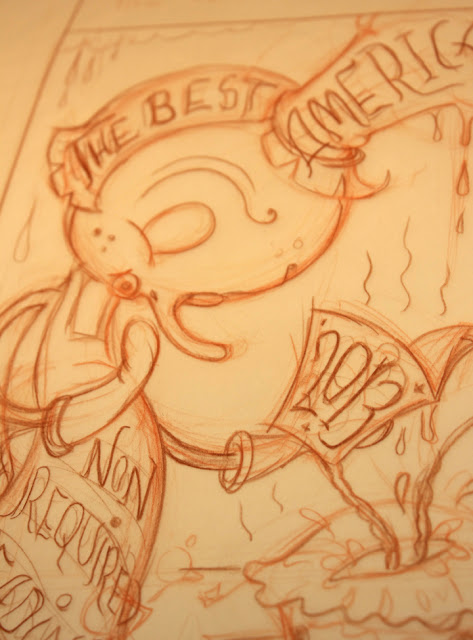 When I have my drawing transferred, I do the black areas in a waterproof ink first. 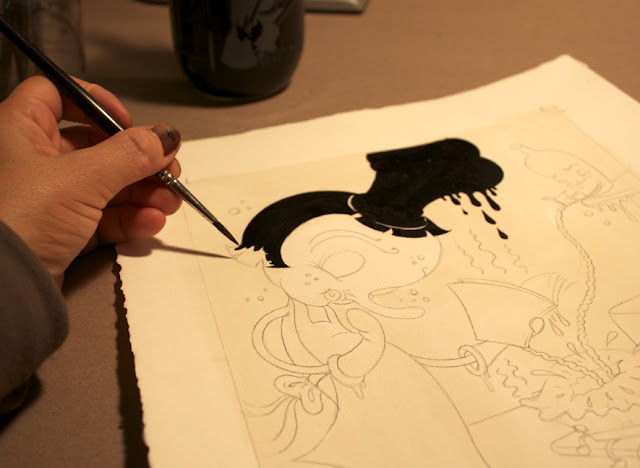 Then I lay in some watercolors in many thin layers, letting it dry in between. What's he baking? 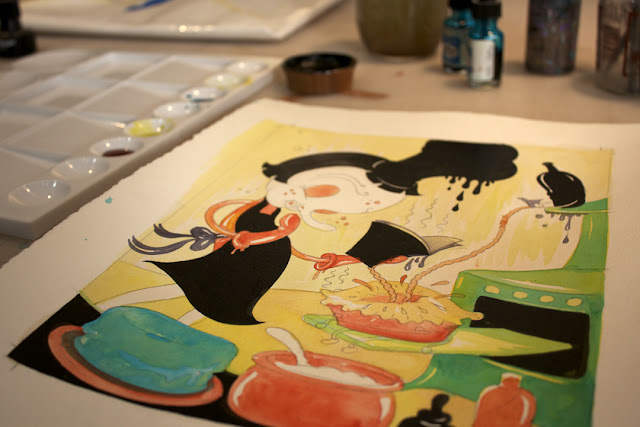 I'm still working on this one, but when it's all done I'll post a little film of me working on it.

This year is shaping up to be an exciting one, many fun and varied projects taking me to San Francisco,   New York, Los Angeles and beyond! Come back and visit me soon, kay?

Promote Your Page Too